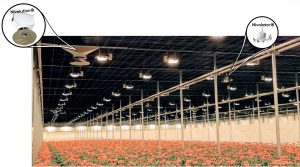 The family owned business P.H. Kuivenhoven Greenhouses inc. strives to maintain their position as the leading Gerbera grower in the business. Recently the change of ownership to Gilbert and Wilma Kuivenhoven was completed and they now run all of the 230,000 square feet of the facility in Oxford County, Ontario. These Canadian growers set the bar high for product quality and they raised the bar even higher with dehumidification from Nivolutions. Optimising crop growth with dehumidification. 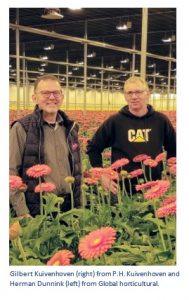 Gilbert Kuivenhoven is continuously looking at improving the greenhouse climate and committed in 2017 to dehumidification for the next improvement in his Gerberas production. By applying the Growing by Plant Empowerment principles and finetuning the air circulation with dehumidification, Gilbert says: “We wanted to optimize crop growth by being able to blackout during long outdoor day lengths, controlling the day-night cycle.” However, using the blackout screen to do so leads to a build-up of warm humid air in the greenhouse. Pulling a crack in the screens is not his desired solution as this negatively affects the day-night cycle and leads to cold drafts that impact the climate. To maintain the required humidity and temperature levels Gilbert needed a method to dehumidify and cool the greenhouse, whilst being able to maintain all other climate parameters. “This way we can control daylength, humidity and temperature,” he explains. Gilbert contacted Herman Dunnink, his advisor and salesman from the Canadian company Global Horticultural Inc. for advice. Together they discussed various options and looked more closely into combined dehumidification and air circulation means. As Herman says: “Gilbert was already making use of vertical air circulation fans from Nivola, the Nivolators, and back then in 2017 Nivola recently released a combined dehumidification system. Gilbert was positive about the results the Nivolators delivered, so a system that combined those fans with dehumidification caught our interest.” This new product, the Nivolution, works with the Nivolators and looked to fit the bill. Marion Lestraden, managing director from the Dutch firm Nivola, elaborates on the combined functionality of the system: “The Nivolution pulls air from above the screen and blows it underneath the screen via a duct, like how a crack in the screen allows for air exchange. Only now you control the amount of air exchange and all air that is blown in the greenhouse is evenly distributed by the vertical air circulation from the Nivolators. You are in control of the air exchange at all times and there is no risk of cold drafts.”

Installation in the greenhouse

“The Nivolution consists of a duct that passes in between the screen and the truss. Gilbert and I believed it would be a design and installation challenge to not have the system interfere with the screens. We contacted Nivola and Kuivenhovens screen installation company about this and they addressed the challenge in their collaboration,” explains Herman from Global. “Nivola provides a choice between a single duct that clamps to the truss on one side and a double duct that encloses the truss on both sides. The installation company advised us to use the single duct for Gilberts specific requirements.” After the installation of the Nivolution was taken care of, it was time to start using the system. The setup in programming provided a different kind of challenge explains Gilbert: “The relation between humidity and temperature, both inside and outside the greenhouse, is the key for getting the maximum return on this investment. As a grower understanding the physical concept behind it can be difficult at times, as you need to let go of some of your previous anchor points in favour of different ones.” Fortunately, the setup went swiftly as Gilbert has put the effort into learning and mastering the physical concept. In addition, he uses climate computers from Hoogendoorn Growth Management, who have a lot of experience with this state-of-the-art approach.

Cooling with outside air below the outside temperature

After more than four years of using the Nivolution dehumidification system Gilbert is very positive about his control of the climate and the day-night cycle. “We see proper climate humidity and climate temperature control as we can also use the crop now for cooling purposes. With the Nivolution we can attain cooling of 4 °C over outside temperatures using the principles of Growing by Plant Empowerment. This for us translates into production since with cooler temperatures new buds are formed. Another benefit from the cooling is that our quality is increased.” Asides from the increase in quality and production the benefits do not stop yet. “Due to proper climate control we also have better disease control,” explains Gilbert. The use of screens is often also associated with saving energy. Energy savings were considered in the investment in the system, but for Gilbert the crop comes first. As Marion notes upon reflecting the project: “Even with the collaboration with Gilbert, Herman and the installation company we could have made some tweaks to make the installation of the system easier back in 2017. Gilbert is the first user of the Nivolution outside The Netherlands and we discovered some room for improvement on our end. The Nivolution is custom made for the customer and those tweaks for both assembly and shipping were directly incorporated for future projects.” She continues: “As greenhouses become more and more advanced it becomes increasingly important to communicate properly with the customer. By working closely together with P.H. Kuivenhoven Greenhouses Inc. and Global Horticulture Inc. we are now even more suited to supply the Nivolution according to a customers’ existing greenhouse needs.” 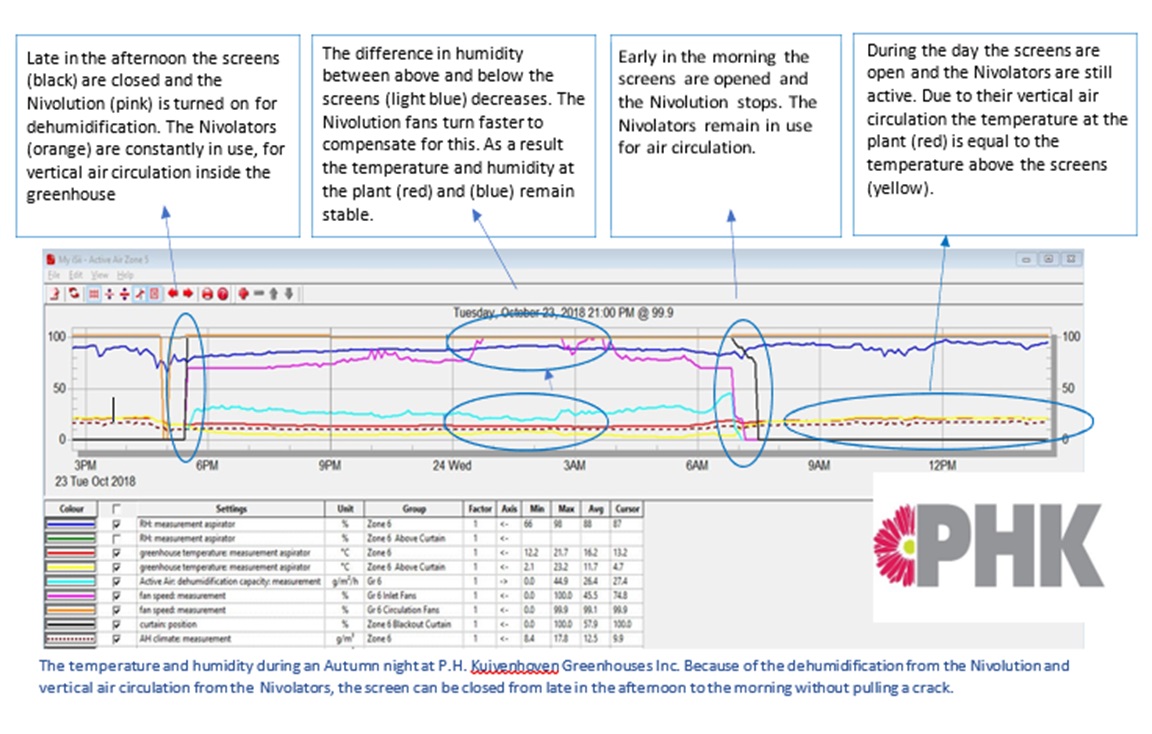 A smile on your face

Gilbert Kuivenhoven reaps the fruits of his efforts he says: “What especially emerges is that the moisture and the temperature at night can now be regulated in a much better way. Apart from that, we can calculate the energy consumption better since the dehumidification capacity of the Nivolution can be calculated. Before, a crack was pulled into the screen with the guessing of the effects.” Every time Gilbert walks into the greenhouse and sees the gerberas growing, he gets a smile on his face. Both the quality and quantity of the Gerberas is increased by the additional control he has over his climate and day-night cycle. And at the same time, his energy consumption is reduced. As for the future he is optimistic that P.H. Kuivenhoven Inc. will hold its leading position for years to come and that they will raising the bar even further. 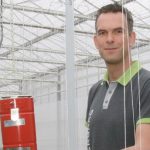 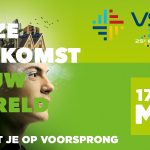